We just moved again, it’s the fourth time in 10 years.  And all four times, we’ve moved about 4 blocks away from our current house.  Same amount of packing and moving, shorter travel distances. I’ve learned something in all of these moves and I think it will make your next move easier. 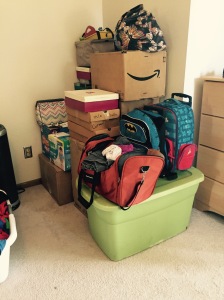 We used whatever we had for boxes (including suitcases, backpacks and tubs) so we had less to move overall.  We also started packing immediately, packing less used items first and putting them in corners of rooms.  We did live with boxes in our house for two months, but packing 10 boxes per day seemed much more manageable. Figure out how long you have to move and how much you have to move. Divide up the work into smaller tasks per day to make it seem less overwhelming. 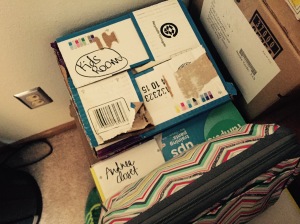 Label boxes by room, not by item.

You know what I didn’t really need to know? What was in each box.  I planned to pack everything in the kitchen at the same time – so as long as my boxes were labeled “Kitchen,” I knew I’d be fine. The only boxes that got labeled with an item list were our most essential boxes – what we knew we needed to unpack the same day we moved in.  Everything else only had the room on it.  We saved so much time and mental energy by only labeling to the room it would be going in.  Consider this strategy on your next move.

Recruit great helpers and have jobs for everyone.

It’s great to have friends and family that can help you move, but even if you use hired help, you need to have a plan.  Workers want to be helpful and have their time used in a valuable way.  Make sure you know what needs to be done and have something for everyone to do.  It might be worth writing a list in advance to keep you on track, even if you get stressed out.  It’s also ok to assign workers to zones. Can some be loaders, some be unpackers and some be heavy lifters? Yes, yes and yes. 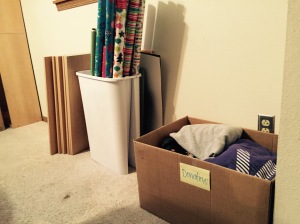 Keep a donation bin at your old place and new place.

I donated items while I was packing and I donated more items while we were unpacking.  If it didn’t fit, we didn’t keep it.  The house we moved into has tons more space, but I don’t want it filled with clutter.  I want a clean, restful living space with less stuff and I knew I needed to make some tough decisions with everything we kept in our lives.  I couldn’t even tell you what we donated, because I don’t remember it and don’t miss it. 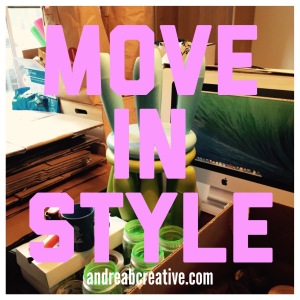 You can move in style.  If you’re planning to move this week or this year – it can be done.  Make a plan, work your plan and enjoy your new living space.