How to beat an Alligator (why determination matters)

Determination matters.  When things aren’t going well, when you’re failing – what can pull you through is determination, a positive attitude and a good strategy. Something as simple as a mini-golf course alligator can bring it all into focus. 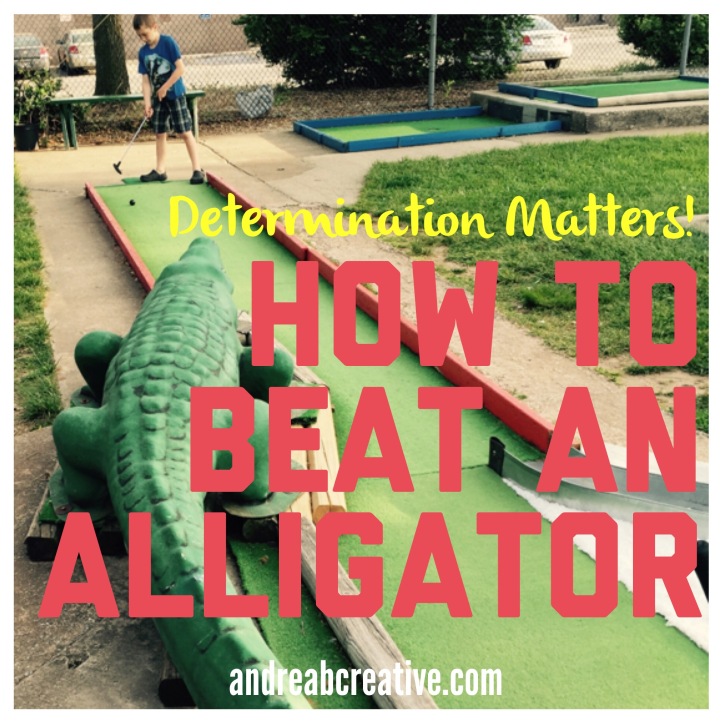 My 8-year-old met his nemesis recently.  It’s the alligator at our local mini-golf course.  It was a difficult hole that took just the right angle to make it work, and he couldn’t get that angle.  Combine that with the fact that I had made a hole-in-one and little brother had already made two. My competitive 8-year-old hadn’t made any, this was almost the end of our game and he was well aware of his situation.  You could see the tears brimming in his little eyes. But there was no other mini-golfers around us and I knew we had time, so I encouraged him to try again.  He kept hitting it out, he’d hit the side, he’d hit it weird, he’d hit it on the other side – nothing was working.  But he kept trying.

With one of his wild hits, he fell to the ground and was ready to give up. He came close to losing it. ThisClose. But we weren’t under pressure to finish our mini-golf game quickly and I knew he needed to learn to be frustrated and work through it.  So we kept going and encouraged him to stay focused on his goal of beating this alligator.  It was touch-and-go for a little while and it took major focus and just the right angle.  But my 8-year-old was starting to be more focused on making his goal than he was realizing how long it was taking. 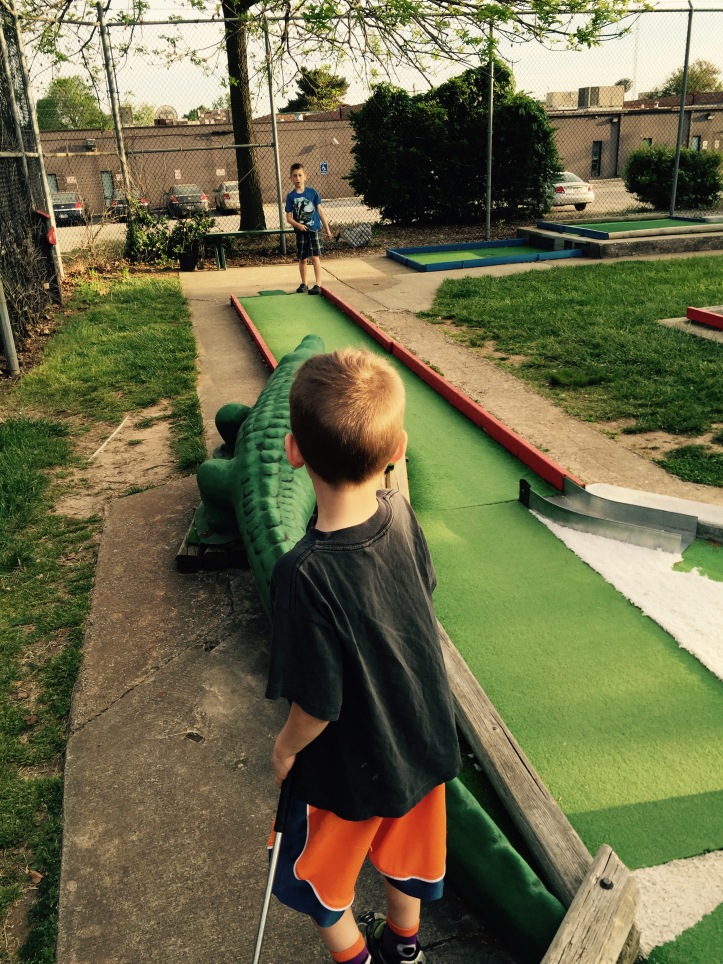 It helps to have supporters

So, little brother (who is apparently amazing at mini-golf), started cheering my 8-year-old to make the hole-in-one. With every shot, we’d tell him that it was a good try or to keep going or he was making progress.  You could see my 8-year-old’s attitude changing when he had his cheering team supporting him.  He started to believe that he could do it.  And finally, it happened! I’ll tell you that he earned that hole-in-one on the alligator course.  And he was so proud.  He only needed 99 practice shots to make it happen.

What was most important was our conversation later that evening.  Just before bed, my 8-year-old came in to kiss me good night.  As he was leaving, I stopped him and said, “You know I’m really proud of you.  You kept going and didn’t give up.  You had a good attitude and you figured out how to reach your goal.  Good job.” You could see him beaming as he walked out of the room.

Because really, the hole-in-one doesn’t matter at all.  What was most important was his determination.