Sometimes Giving Up is Best

I can count the major things I’ve given up on in my life on one hand.  Yes, that’s right.  I have a problem–I don’t know when to call it quits.  But I did something yesterday that really surprised me.  In a ridiculous situation I said to myself, “Enough is Enough!” and quit.  Here’s what I’ve learned through the years about giving up. Use my life lessons to save yourself from the same mistakes I’ve made.

Learn to say No.

It’s hard, if not impossible, for me to say no to anything.  I love to be in the mix of action! And because I regularly need help with this life lesson, I have this quote taped to my work computer, so I see it every day:

I’ve learned when I say no, it gets easier.  The more I say no, or don’t volunteer, for things I’m not really interested in, I have much more time to devote to things I want to do.

Enlist the help of others.

I need to make some difficult decisions this summer.  I can’t do everything for everyone and I have to prioritize what is the best use of my time.  I’ve asked a co-worker to help me make a few of these important decisions.  I know I need someone to call me out when I’m being ridiculous and help me stay on track.  It’s going to be tough now, but it will make my life easier later.

I’ve learned that it’s often easier to assess what others need to do.  So if you let the right people help you, you’ll probably make more progress than trying to make changes on your own. 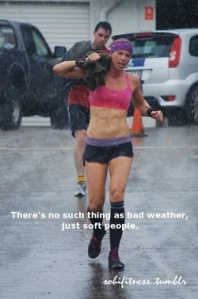 Yesterday, I forgot my running jacket.  No big deal, it was supposed to be pretty warm outside.  But when I started running, it wasn’t.  I got halfway through my run and it started to rain.  Freezing cold, big drops of rain.  And I gave up.  I debated for half a lap and confirmed–I was done.  It may not seem like much, but it is the first time in two years that I haven’t finished a run.  I’ve been on my running route more than 400 times (2000 miles) and never given up, until yesterday.  And guess what, I feel ok about it.  I was cold, I don’t like running in the rain and I was done.

I’ve learned it’s fine to give yourself a break.  But you can’t use this as a regular excuse.  My give-up record is now 1/400. 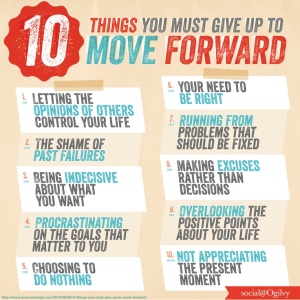 Don’t sacrifice your health or happiness.

When I was in college, I was a poor college student and earning money seemed like a good idea.  One summer, I was promoted at my summer pool job to full-time.  And I still had my college retail job.  And I joined the local gym.  So I’d work 8 hours a day, five days a week at the pool.  I’d work 8 hours a day, two days a week at my college retail job and I’d workout for an hour five days a week.  I did this for 100 days straight (the whole summer).  And you guessed it, I was the sickest I’ve ever been for three weeks–I couldn’t move, I barely ate and I was dizzy the whole time.  In the end, the money wasn’t worth it.

I’ve learned not to ignore my body as much and have begun to schedule breaks into my professional life.  I know I need them.  And you do too.  Make sure you have time to recover, you’ll be better for it. 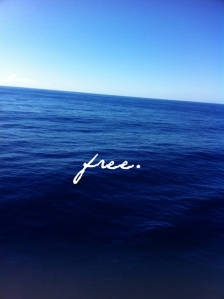 When I was in college, I quit a student organization that I didn’t have time for.  I was burned out and I’d debated on quitting everything for months, but settled for the one that was the most stressful and time-consuming.  I blundered the resignation, but it was a defining, haunting moment for me.  I still think about this group regularly and am simultaneously disappointed and relieved about my decision.

I learned that it isn’t easy to make decisions like this, but you have to do what is best for you.  And now, when a student comes to me and is upset because they’ve realized their limitations, I’m able to help them through the situation: “Yes, I’ll still like you if you quit. Yes, it seems like you’re learning what is best for you. Yes, this will be hard, but it will be better for you in the end.” 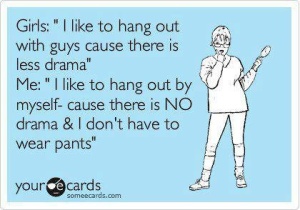 Your “off” time is just as important as your on time.  You need a break and you need to make it a priority.  I know, I’ve been living a non-stop life for too long.  I’ve been spending my days running from one meeting to the next, double-scheduling appointments, eating lunch on the go and coming in early/staying late just to have some alone time.  And it’s not working, I’m frustrated and I’m not at my best.

I’ve learned that down time, especially alone time, is not just important, it’s essential.  If you have to, schedule in rest so you make it a priority.

You can’t win them all.

Ever met a toxic person? I’ve met some real losers in my life and I’ve let some of them ruin my day, my experience and my life for too long.  When I was younger, I was afraid to confront the problem–I thought it was impolite.  And now, after years of experience, I’ve realized that I can’t change them–but I can address the situation and I am allowed to share my opinion or stop theirs.

I’ve learned you can’t change others.  They have to change themselves.  Sometimes you can help them and sometimes you have to walk away.